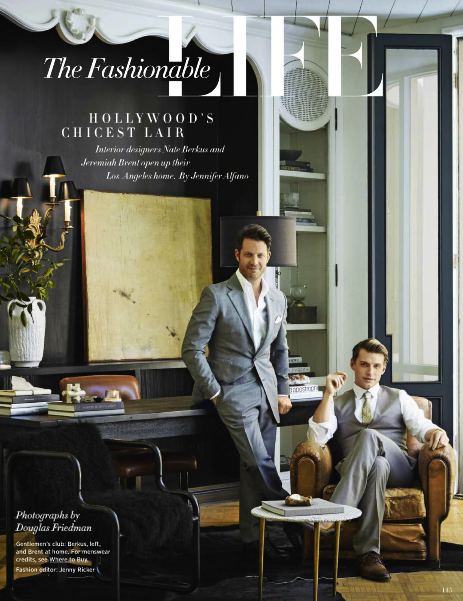 If you’ve followed La Dolce Vita for a while, then you probably know that it is no secret that I love Nate Berkus’ style. He has an innate ability to create warm, chic spaces that are layered with beautiful textures and are infused with personal touches. Nate recently got engaged to fellow interior designer Jeremiah Brent. Do you remember when he designed Rachel Zoe’s house on the Rachel Zoe Project? Nate and Jeremiah are both so handsome and make such an adorable couple. It’s no surprise that this stylish duo’s first home together is as beautiful at it is.
Located in the Hollywood Hills and featured in the August issue of Harper’s Bazaar, the home was designed by John Elgin Woolf in 1939. Nate and Jeremiah were drawn to the two bedroom, Regency-style gem for its architectural provenance as they’d long admired the work of Woolf, who counted Katharine Hepburn and Cary Grant among his many celebrity clients. 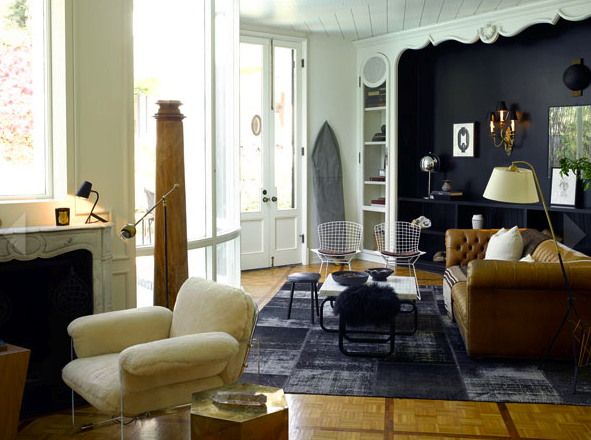 {The house features a unifying color scheme of black, white, and saddle throughout all of the rooms. You’ll notice a mix of vintage and modern, high and low throughout the home. According to Nate, “You don’t need to spend a lot of money on stuff when you have amazing architecture.”} 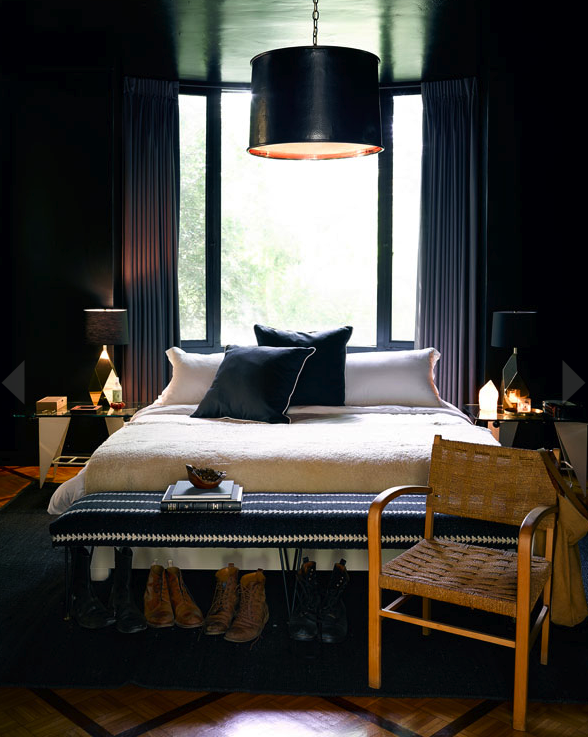 {The bedroom is a neutral, serene space dressed in sleek minimalism.} 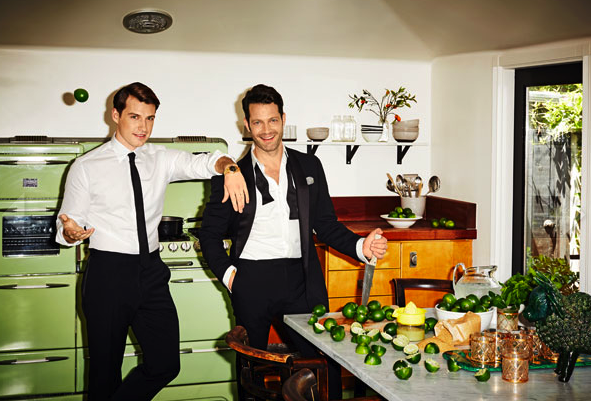 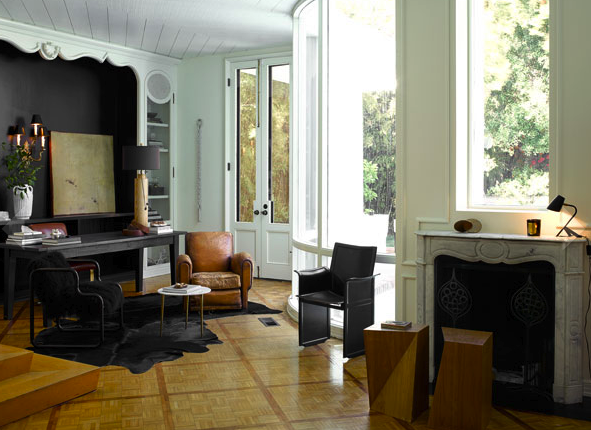 {The home’s architectural details really shine in the living room. I don’t think I could tire of this space. It is so chic!} 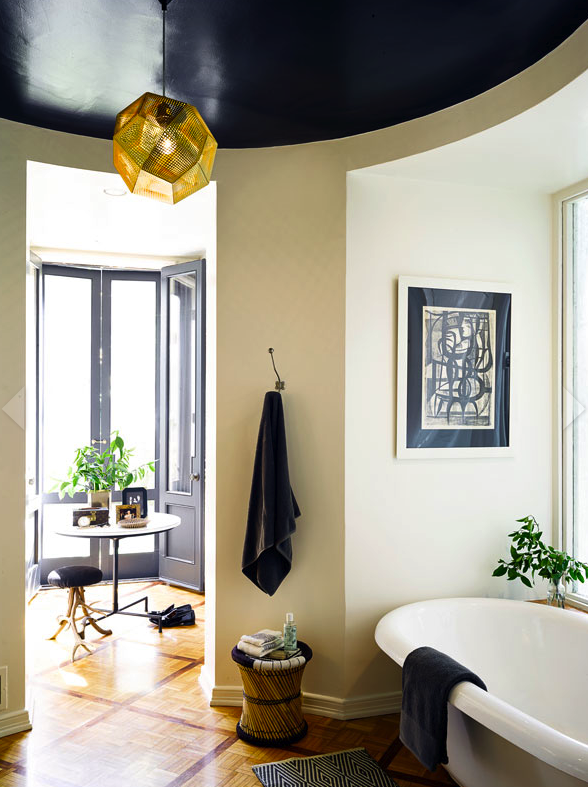 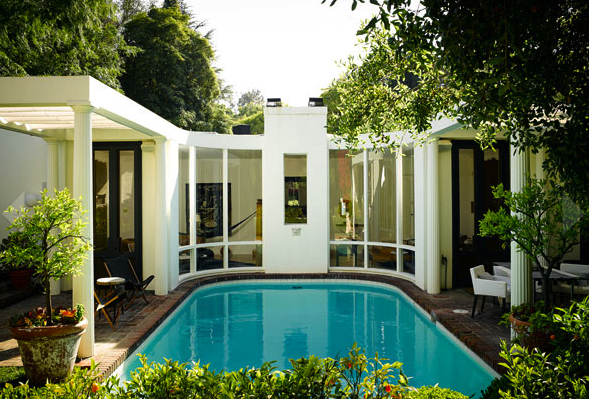 {The Beautiful Exterior}
I definitely see both Nate’s and Jeremiah’s aesthetics reflected in this house. Nate says “I see our styles are now becoming one, which is really exciting to see. We fight about pizza, not about picking out lamps.” I love that! I hope to see a lot more of this dashing duo!
For more of Nate and Jeremiah’s new house in the Hollywood Hills, check out the August issue of Harper’s Bazaar.

Friday Favorites
Friday 5: 04.17.2020
Does anyone else feel like time has become a completely abstract concept as of...

gift guide
2019 LDV Gift Guide: For Her
I always find myself really enjoying the process of putting together these LDV Holiday Gift...

Paloma & Co
Join Us for The Sil at Paloma & Co
We are so excited to host a very special trunk show this week at...