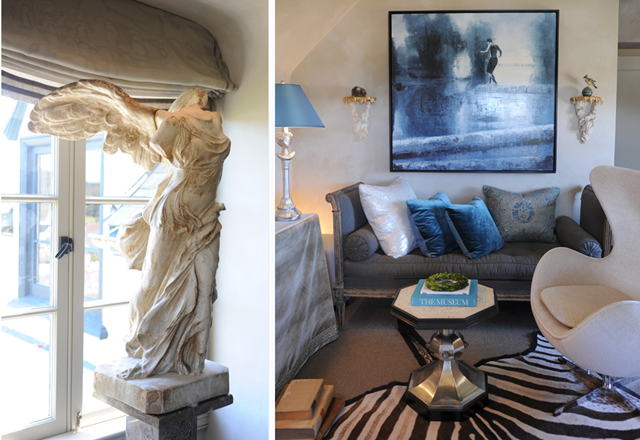 {Left: The striking statue of the Winged Victory of Samothrace looks as if she has just flown into the room. Can you think of a more dramatic piece to add to a room? Right: Dhong swathed the elegant room in beautiful array of blues and greys.}

This week’s Fabulous Room comes to us from interior designer, Benjamin Dhong. The tower attic was designed by Dhong for this year’s San Francisco Decorators Showcase house and was greatly inspired by Parisian style. Dhong wanted to maximize the views of the Golden Gate Bridge and aimed to make the room feel like a “sexy and escape”. I’d say he definitely accomplished his goal. The room has a very elegant aura and the shades of grey and blue are very reminiscent of Paris. The cool tones and luxurious textures within the room would be perfectly at home in a chic Parisian apartment or a grand hotel in the City of Lights. 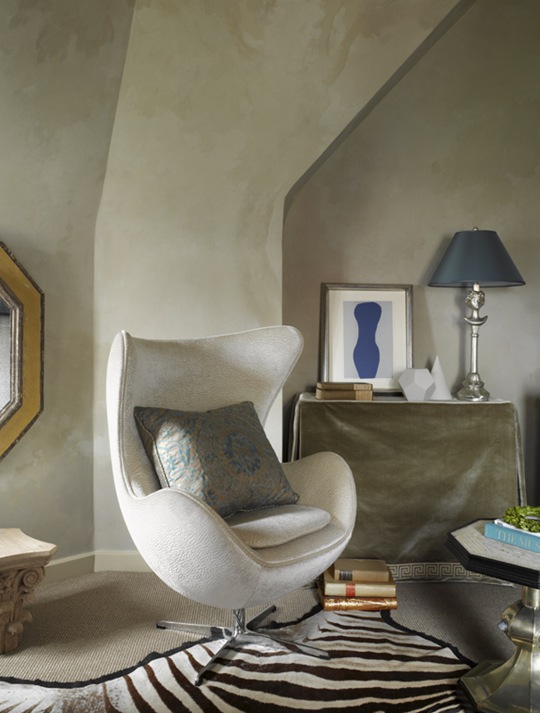 {How is this for ingenious? Dhong took an Arne Jacobson Egg Chair and had it reupholstered in a Manuel Canovas cut velvet fabric, which he paired with a Fortuny pillow. Dhong added the zebra rug because “the room was too ‘polite’ and needed a bit of edge”.} 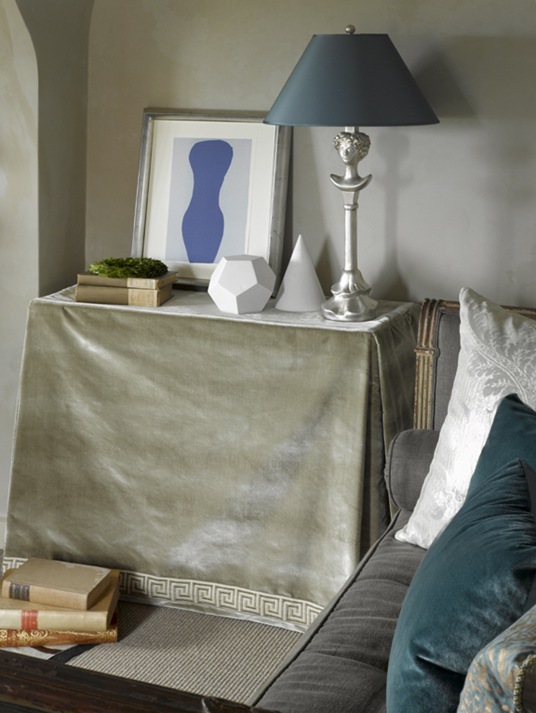 All Images Courtesy of Benjamin Dhong

Interior Design
A Preview of The 2020 Lake Forest Infant Welfare Showhouse
Earlier this year, I announced that I was thrilled to be the honorary chair...

Interior Design
The 2020 Milieu Designer Showhouse
{The Family Room Designed by Darryl Carter} This past weekend, I had the pleasure...

Interior Design
A Designer Finds Her Dream Home
I have known interior designer, Alexandra Kaehler for quite a while now. We first...