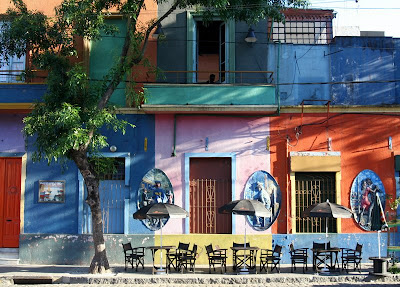 El Caminito in the La Boca neighborhood of Buenos Aires

Buenos Aires is a city that I have longed to visit for quite some time now. My husband’s parents are from Argentina (but from a different city) and I am constantly hearing about the wonders of the country. For some unknown reason, we haven’t ventured there yet, but being the city-loving girl that I am, Buenos Aires appeals to me more than any other Argentine destination.

The sprawling city is home to tango, soccer, fabulous food, and a vibrant art scene. Affectionately referred to as “the Paris of the South” it is a beautiful and elegant city comprised of wide boulevards, beautiful architecture, and lovely parks. The city and country are very European in comparison to other countries in South America as the great majority of its inhabitants are of Italian, Spanish, or French descent. 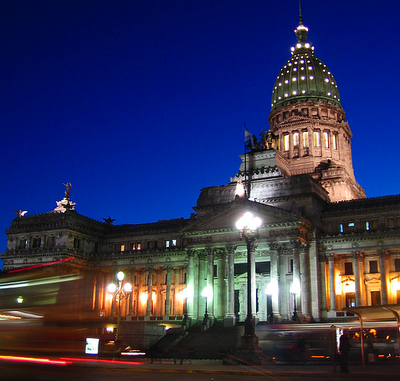 The dollar still goes pretty far in Argentina, so one can indulge in a luxe travel experience more easily than in say, Europe, where the exchange rate is not in our favor. My in-laws are constantly telling me about delicious steak dinners for two accompanied by a nice bottle of wine for about $25 or custom made suits and leather goods that can be bought for very little compared to what they would go for here in the States. Favorable exchange rates aside, I long to visit Buenos Aires for its beauty, the romance that seems to fill the air, and the passion that is so intrinsic to Porteños (people from Buenos Aires are called this because their city is a port). I want to be inspired by the gorgeous architecture, great food and wine, by antiques in the San Telmo market, or by a couple dancing the tango in the streets. 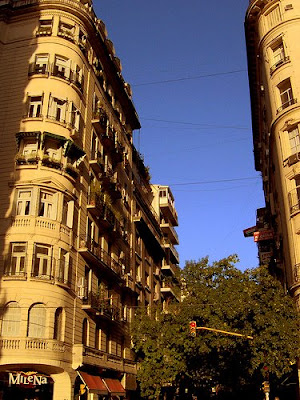 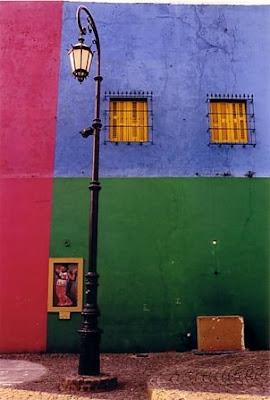 The colorful neighborhood of La Boca is the birthplace of the tango. 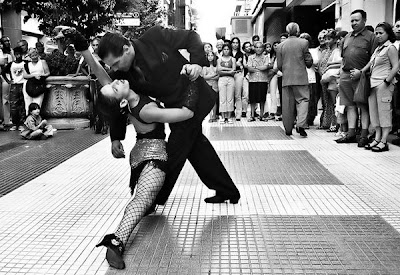 A couple dances the tango in the streets of Buenos Aires 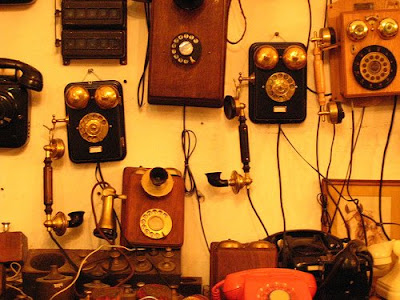 Vintage telephones are among the fantastic finds at the San Telmo Antiques and Junk Market. Seriously, how cool are these? 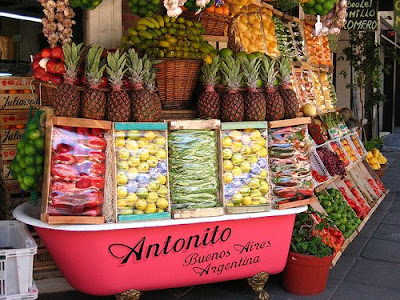 You’ve got to love a fruit stand whose produce is as fresh as its hot pink antique, claw-foot tub!

If you’re wanting to plan a trip to this splendid city, you’re probably wondering where to stay. In a city this large, hotels abound, so I have narrowed down to four very different options.

Option #1: Indulge your Inner Bohemian at the Legado Mítico Hotel

This 11-room stylish boutique hotel is located in the colorful Palermo Viejo neighborhood, where the avant garde rules. It is surrounded by art galleries, bars, restaurants, fashion and interior design stores.The hotel is an exercise in Argentine identity and each room evokes the image of one of Argentina’s most famous icons. Among them are Eva Perón, Carlos Gardel, the famous tango musician, Mafalda, the beloved cartoon, and the famous author, Borges. 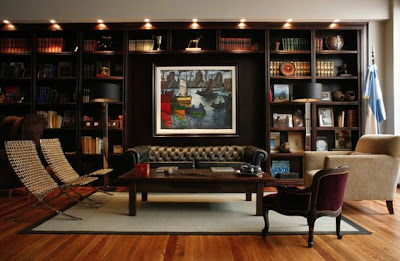 The Lobby at the Legado Mítico Hotel 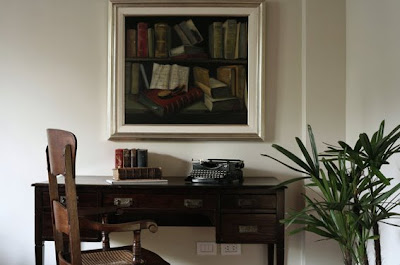 A desk and vintage typewriter in one of the suites
Don’t despair! Wi-Fi is available on the premises. 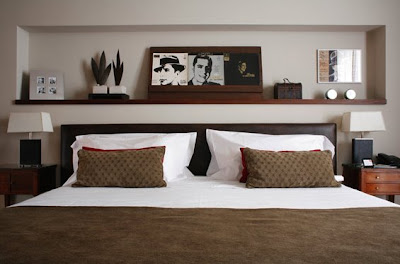 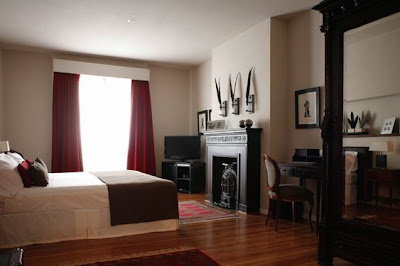 Most of the suites feature fireplaces original to the building. 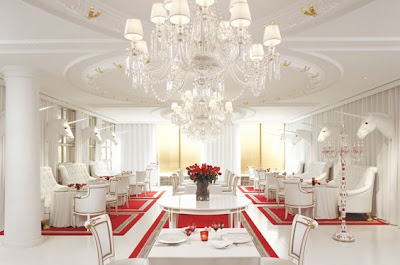 Housed in the El Porteño building, this luxurious hotel is an experience for all of the senses. It is located within walking distance to the Casa Rosada, the city’s financial centre, and the city’s oldest neighborhood of San Telmo. The Belle Epoque themed hotel was imagined by Alan Faena and designed by Phillipe Starck. 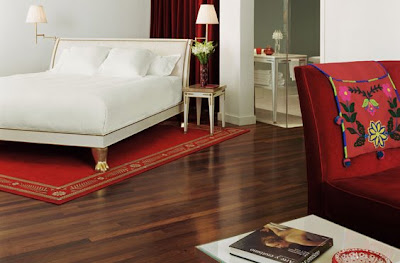 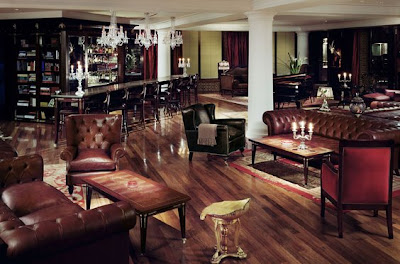 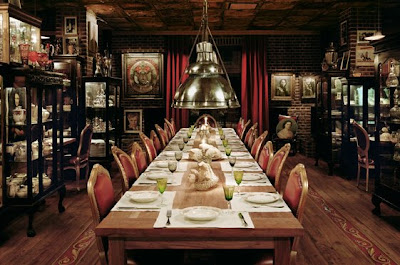 The hotel’s restaurant, El Mercado, was inspired by old-world markets and features natural and seasonal products. It has been described as “a spot where simplicity goes hand-in-hand with nobility”, which is certainly reflected in the décor. 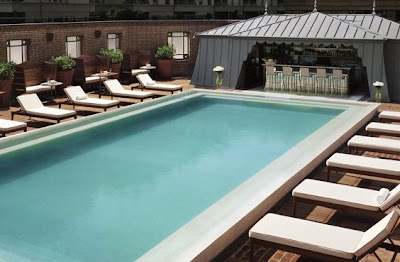 The stylish pool terrace is a place to see and be seen.
Option # 3: Grand Splendor at the Palacio Duhau Park Hyatt 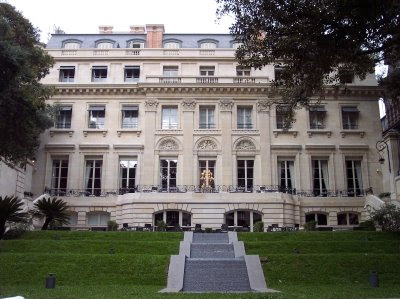 The Palacio Duhau Park Hyatt is located on Buenos Aires’ famed Alvear Avenida in Recoleta, the city’s most elegant and fashionable neighborhood. 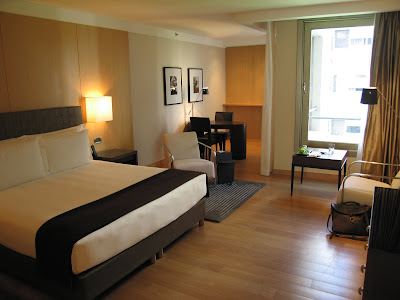 Understated elegance is paired with every possible comfort in the guest rooms at this hotel. 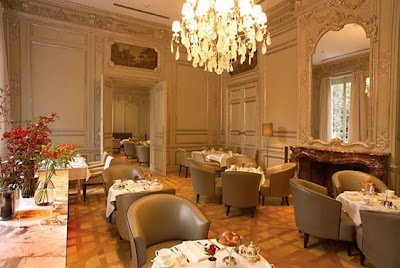 The hotel is home to the Duhau Restaurant and Vinoteca, as well as the Oak Bar. 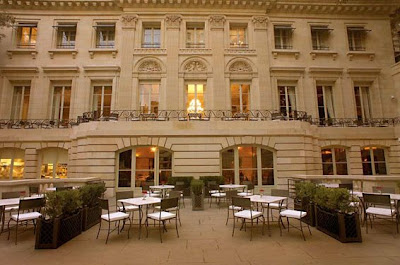 This elegant hotel has received countless awards and is considered to be among the finest in Buenos Aires.

Option #4: Enjoy Buenos Aires in the most traditional way, at the Estancia Santa Rita. 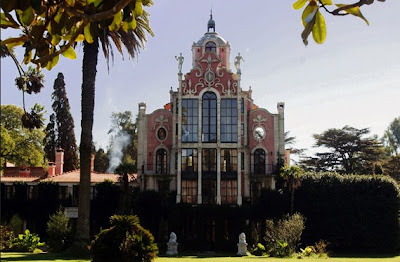 An estancia is the equivalent of a Mexican hacienda, or an American plantation. It is essentially a wealthy landowner’s estate. Isn’t this building beautiful? “Nestled in 40-hectare woods, planted 150 years ago, with avenues of eucalyptus, casuarinas and ombú trees is Estancia Santa Rita, situated in the “Partido de Lobos”. Without doubt, one of the charms of Estancia Santa Rita is its history, which goes back to the times of the Virreinato.” 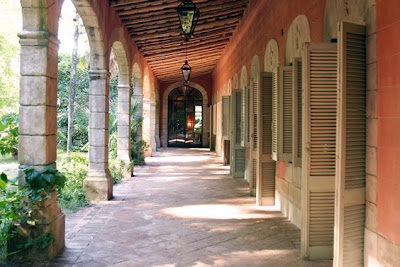 The estancia was built in 1790 by the Ezcurra family. The Spanish and European influences are very evident in its spectacular architecture. “In 1890, the estancia was acquired by the provincial senator Antonio Carboni, founder of the small village of the same name located 4 km from the estancia. Estancia Santa Rita remained in the Carboni family until 1988, when Isabel Duggan & Franklin Nüdemberg became the estancia’s proud owners.” 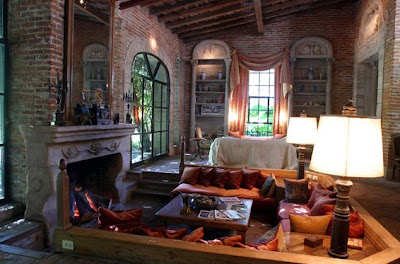 Located about 120 kilometers from Buenos Aires, it would make for the perfect weekend destination to get away from the hustle and bustle of the city with its cozy and romantic atmosphere.

Which hotel would you choose?