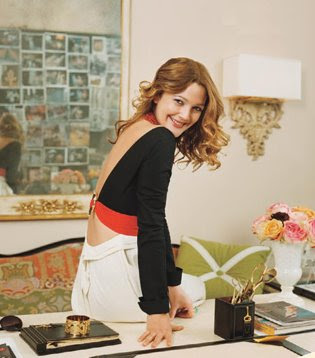 Ever since last month’s devastating announcement that Domino was being shuttered, it seems that its loyal fans are trying to keep it, or at the very least, the memory of it, alive. Earlier today, I came across a picture of Drew Barrymore out on the town with a friend. She was wearing the cutest 60s-inspired dress (I am obsessed with all things from the 60s right now, i.e. Mad Men, music, fashion) and it got me reminiscing about the feature Domino ran on the stylish headquarters for her production company, Flower Films, about a year ago.

Drew partnered with Ruthie Sommers to create a space that is equally fabulous and welcoming. A perfect reflection of Barrymore’s personality, it borrows from many styles, both old and new, resulting in a space that seems to exude the same warmth as her personality. 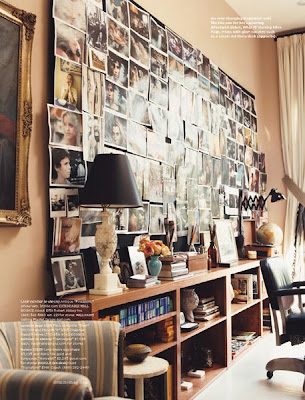 Barrymore sought to create “a chic working environment that reflects each partner’s personality.”
The inspiration wall changes with each new film. 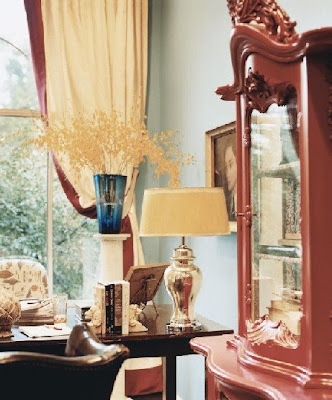 In order to create contrast between the oak furniture and brown leather chair, Sommers painted the hutch red and added a crimson border to the ivory drapes in partner Nancy Juvonen’s office. 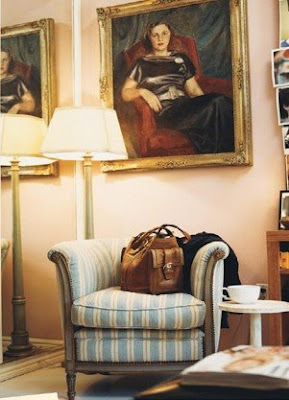 A vintage chair and vintage portrait of an unknown socialite can be found next to Drew’s inspiration wall. 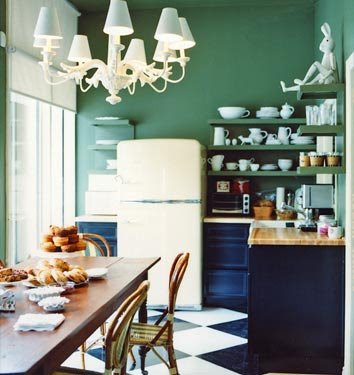 I love the sharp contrast of black, white, and green in the kitchen, which has become the heart of the office. The walls are painted in Farrow & Ball’s Sugar Bag Light. 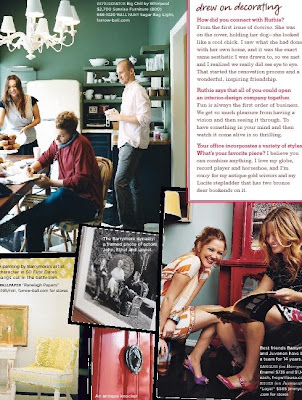 A detailed shot features the antique knocker on the unmarked door to the office. Some day, I will have a red door. Can you imagine if you were in the neighborhood and knocked on their door by mistake only to have Drew answer the door?! 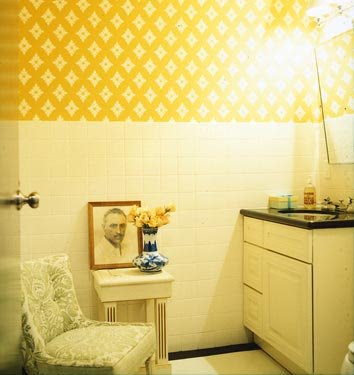 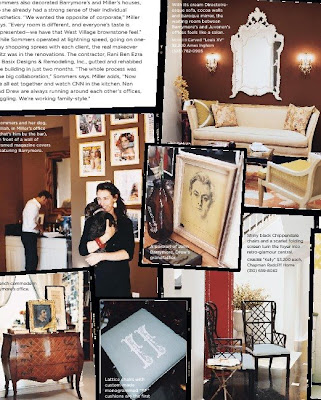 So many amazing details! I love the “Kelly” Chippendale chairs by Chapman Radcliff Home and the white carved “Louis XV” mirror by Ames Ingham. The portrait in the center is of Drew’s grandfather, actor John Barrymore.

All images via Domino

Interior Design
Living with and Caring for Velvet Upholstery
{A Living Room I Designed Using a Solid Velvet on a Custom, Double-Sided Sofa...

architecture
California Dreaming
We are currently working on a new construction house for a long-time client. We’ve...

Interior Design
Cynthia Frank’s Timeless Elegance
Cynthia Frank, International Design Editor at ELLE Decor is one of the people I...

Interior Design
Black and White is Always Right
Alexander M. Reid (one of my favorite accounts to follow on Instagram @alexandermreid). A native...

book reviews
Beige is Not a Color
One of my favorite books of the season is all about color! Author Carlos...

Interior Design
Our Client’s Home featured in Elle Decor
I am so excited to share a new project we recently completed for our...