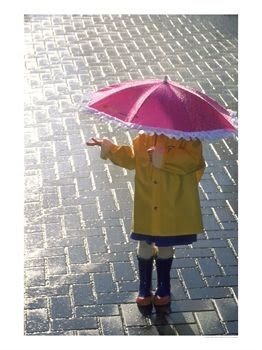 It looks like Hurricane Ike is headed straight for the Houston area. I drove into town this morning for my class at 9:00, only to be told that it had been cancelled. An e-mail or a phone call would have been nice. Oh well. I took advantage of the fact that I was near Costco and headed over there to pick up some bottled water and other storm survival supplies. Unfortunately, the store wasn’t open and about 100 customers had congregated outside, ready to charge the minute they opened, which according to an employee, might be an hour later if they could get everything ready soon enough. It’s so muggy and nasty outside (usually a pre-cursor to a storm), that I decided I would be better off hitting another store instead of wasting an hour waiting in the heat.
I drove back to the area where I live and attempted to go to HEB, a Texas-based grocery store, but that place was an even bigger mad house than usual. I made it over to Target, where I was able to get a few things, with the exception of water. They were completely sold out. People were going nuts in there! I can’t tell you how many times I got bumped by someone’s shopping cart.
Finally, I decided to check Kroger, where I was able to get some cases of bottled water, and a few magazines (these are essential to riding out a storm).
I hope everyone in the Greater Houston and Gulf Coast areas stays safe! I’ll be thinking of you.
5 Comments
Subscribe to the blog
Shop The Post
You May Also Like...

gift guide
2019 LDV Gift Guide: For Her
I always find myself really enjoying the process of putting together these LDV Holiday Gift...

Paloma & Co
Join Us for The Sil at Paloma & Co
We are so excited to host a very special trunk show this week at...

LDV Edit
LDV Edit: 25% off at New-a-Porter
One of my favorite online shopping destinations, Net-A-Porter is having their annual Friends &...

book reviews
Beige is Not a Color
One of my favorite books of the season is all about color! Author Carlos...